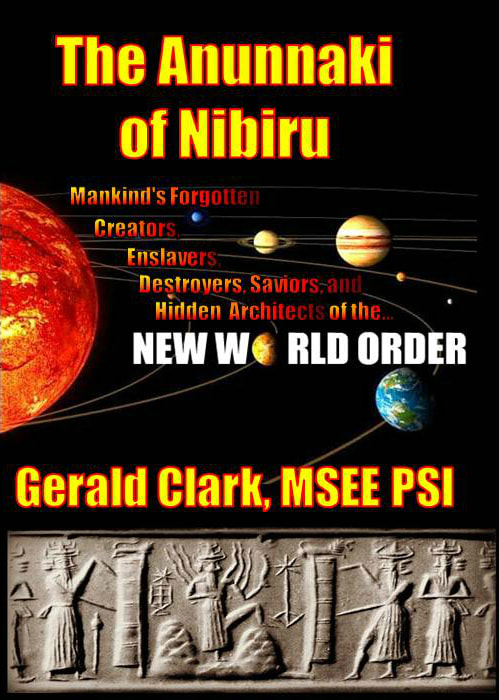 A link will be sent upon order processing to download the book from DropBox. The file is a zipped file. Please unzip the file. Individual chapters can be provided upon request.

Many historical and scriptural findings not included in the Canonical Bible, have now come to light. Access to texts such as the Lost Book of Enoch, the Nag Hamadi Gospels, and the Book of Jubilees, among others is now widely available and, when synthesized and correlated with existing documents like the Bible and Qu'ran, merits rethinking Western civilization's origins and intent.

Prepare yourself for a profound belief-challenging journey through ancient Persia, Sumer, Greece, and Atlantis; from Rome to the United States, HQ of the New Atlantis. This book is not like any other in the field: expect the winged-warrior aerial perspective of an Army Attack helicopter pilot, the BS filter of an Electrical Engineer, a Western Medicine-challenging Structural Integrator, and Southern California didgeridoo player all at the same time. Energy and matter, sound entrainment, slave control design methods using the electromagnetic spectrum, eternal life, gravity, and DMT are addressed herein.

U.S. public school history ignores the Sumerians, although they are credited with all aspects of modern civilization, influencing both Egypt and Greece alike. Television series produced by the History Channel, like the "Ancient Aliens" Series is assisting the masses in waking up to the fact that the Anunnaki were not a myth, having left physical documents and artifacts backing up their claims to have created mankind, described in highly sophisticated language, as recorded by Atrahasis.

It was in South Africa, where the idea was spawned to create a primitive worker, namely mankind, to operate the gold mines, provide temple building manpower, and generally serve every whim the Ancient Astronauts from Nibiru conceived of. Many of the Niburians, referenced in the Biblical Genesis as the Elohim, known to the Sumerians as the Anunnaki, were enthroned as Gods in Mesopotamia.

Perhaps it is fitting for Westerners to look into the religious and historical origins for the kings and demigods of Sumer, the first culture to provide evidence of the cuneiform script language, complete with no antecedent. Not only were mundane records, detailed as they were, kept on clay tablets, tens of thousands of which survive to this day, but the history and direct experience accounts of some of the famed inhabitants, like king Gilgamesh of Uruk, introduce us to "Those who from Heaven to Earth Came."

The Anunnaki astronauts hailed from a planet, Nibiru, in our own solar system, whose apogee resides in a 3,600 retrograde elliptical orbit beyond Pluto. According to their records, likely using spectroscopy as scientists do today, they located gold on planet Earth. Due to a failing atmosphere on Nibiru, Anu their king, dispatched his preeminent scientist and first-born son, Enki, on a space mission to Earth to recover enough gold that could be ionized in a layer of their atmosphere, as a solar radiation shield Anunnaki gold mines in Africa have been found and carbon dated. Mining operations were occurring at the exact time and location that the "Genetic Eve Study" indicates: Womankind's genetic origins are undeniably linked to Enki's gold mining operation. Egyptian Queen Sheba's mines ring a bell? Michael Tellinger followed the Sumerian account to Africa, locating many of the mines, homes and temples used by the primitive workers and gods, our true ancestors.

Additional source material and limited genealogy tables are included in the Bibliography and Appendix for the reader to explore. More exhaustive ones are available by contacting the author. Now consider your place in the unfolding New World Order. Will you choose the Enlilites or Enkiites to affiliate with, or do you have a choice? Enjoy this intellectual book, it is mind-bending, pineal-gland stimulating, and worth it!

Upon order processing you will be emailed the link to download the audiobook. Thank you for your order!